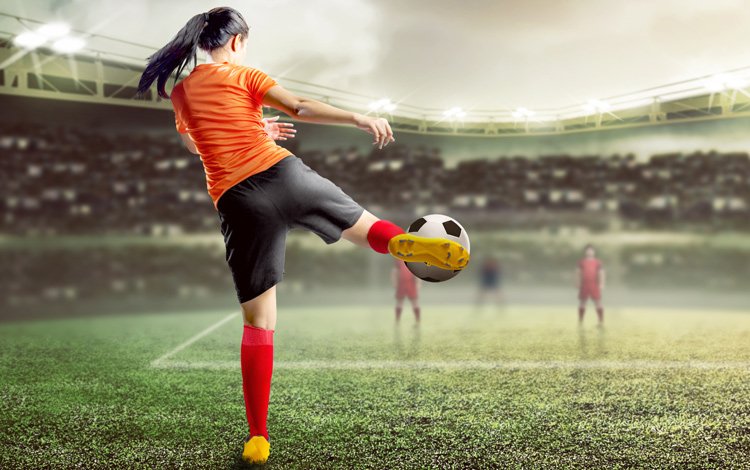 PRINCE2 is a proven and effective project management tool, used in all kinds of projects. That includes sporting events much like the highly anticipated Women’s World Cup. The 2019 tournament started in France on 7 June and is scheduled to conclude at the start of July. Every four years since 1991, the FIFA’s Women’s World Cup, like most international sporting tournaments, is a feat of project management. What lessons can be learnt from project managing this tournament played out on the global stage?

The bigger the project, the earlier the planning phase needs to start. The 2023 Women’s World Cup host won’t be announced until March 2020 but it still gives the host nation – chosen from several bids, including Australia, New Zealand, North and South Korea and Bolivia to name a few – three years to plan, organise and implement the tournament.

Essentially, everything that could go wrong usually does when managing a massive project like this.

For example, games are played across a variety of stadiums, so there’s more travel involved for competing teams. Spreading the games across several locations and cities makes for all kind of logistical headaches.

Throw in elements that no project manager can control – mainly the weather, but also medical issues, illnesses and so on – and you can see a myriad of project management issues opening up.

Delays, or the threat of delays, can bring a project like the Women’s World Cup to an embarrassing standstill. With the right project management leadership skills however, a thorough risk assessment analysis will prevent many of these delays and pressures.

The phrase ‘don’t re-invent the wheel’ is one we hear often. With huge sporting tournaments such as this, it’s tempting for the host nation to try to make their mark. While a competitive spirit on the field is always needed, off the pitch, it can become an obstacle, especially within the project management realm.

For example, when Brazil hosted a previous Women’s World Cup, they decided to position themselves as ‘the’ footballing nation, embarking on an ambitious stadium building project as well as extending airports. However, the construction phase was dogged by problems and issues. Thus, in challenging themselves to build seven new stadiums, they were overstretched.

On the other hand, Canada, when they hosted the tournament after Brazil, didn’t embark on any ambitious new building projects. They utilised what they already had, choosing instead to face down the challenges of transport and logistics of not just teams, but record crowds too.

The lesson here is simple: in the planning project management phase, use project management software to determine the capabilities of a country or organisation to resource the project. If you already have the resources, why create more?

In any project, there are many stakeholders. In the FIFA Women’s World Cup, there is not just FIFA itself, but also, just to name a few:

Not working in collaboration or including stakeholders in project management decisions can lead to all kinds of issues. Some of these issues can embarrass the corporate body, the hosting nation and sponsors. For example, early in the 2015 Women’s World Cup in Canada, games were played on artificial grass surfaces, which can contribute to player injury. The players mounted a lawsuit against FIFA and although it was ultimately resolved, the embarrassment it caused was not welcomed by anyone. It was just one controversy that dogged project management aspects of the 2015 tournament.

With the right leadership skills, project managers will understand the need to treat stakeholders with care to avoid fiascos and embarrassing incidents. Essentially, this is about communication between all parties involved. By placing communication at the heart of project management, the final product is closer to what everyone had in mind, from large corporate sponsors to the players themselves.

Saying ‘no’ is hard to do, even for seasoned, qualified project managers. Brazil made big promises as part of their bid for hosting the tournament in 2011. And the promises were over-ambitious. It meant that resources were spread too thin and so things which should have been prioritised were not given the necessary resources and people. As a result, construction workers were rushing to finish airports while smaller teams were struggling to complete stadiums.

The result was more embarrassment for FIFA and the host country too. Brazil knew it would be unable to complete the airports but still made this a key deliverable. As part of project management, it is essential that project managers are realistic about what is deliverable and what isn’t.

Achieving this means following the data and information provided by project management software and sharing these findings with stakeholders. With communication central to project management, as discussed in the previous point, project managers can be firm about what can and can’t be accomplished.

Held over nine venues, the first few games of the Women’s World Cup 2019 were sold out within 48 hours. As the tournament progresses and the competition heats up, the semi-finals and final are also close to being sold out. Within this large project, qualified project managers will lead multiple projects, all of which bring their own unique set of challenges and rewards.

As yet, the current hosts of the 2019 tournament seem to have learnt from past project management mistakes. The number of venues being used is lower than at Brazil, but there has been criticism of the lack of visible promotion for the tournament, possibly explaining why some matches are not sold out.

On the whole, however, it seems those project managing this year’s Women’s World Cup have got the basics right.